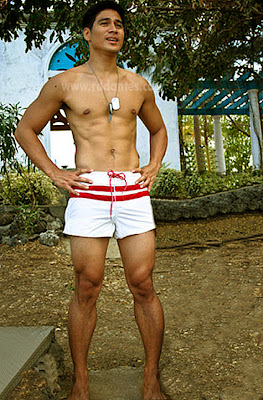 The abs! The abs! Piolo Pascual is flexing and he is hawt! This came from a series of photos in one of his scenes in the fantasy series Lobo, a ripoff of the movie Blood and Chocolate and the Korean series Forbidden Love. Looks like, with the low ratings of the series, the producers of the show are trying to sex up the scenes to rake in the viewers. If it’s going to be a half-naked Piolo in the next episodes of Lobo, I wouldn’t mind staying up late to watch.

10 thoughts on “And more Piolo Pascual!”