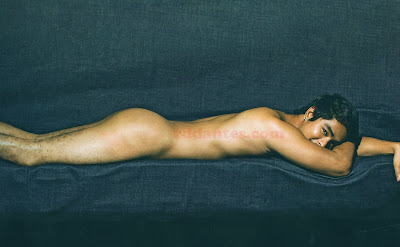 ABS-CBN – where Coco Martin is a talent – puts an intelligent and creative spin to the Serbis situation:  Coco Martin is hot property these days and at the height of his preparation for one of the fantasy roles in the new series Agimat, video clips of his controversial sex scenes suddenly appear in the internet.  Too, according to the smart spinmeisters, he wasn’t aware that the French version [with the penis shots] will reach our shores, despite that thing called technology.  In any case, he says that he’ll do anything for his craft including exposing his privates because his body is part of acting. Or something to that effect. Right. I agree. In the meantime, that’s Coco Martin up there, sans boils in his buttocks.