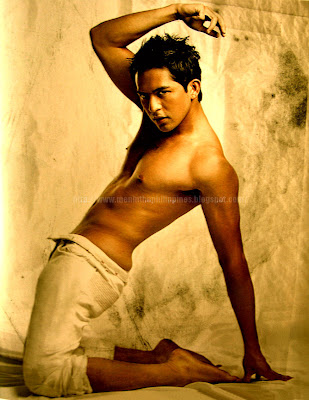 Beleaguered actor Dennis Trillo does some spin doctoring to his image, as he poses sexily in Metro Magazine’s 2007 Metro Body. Subject of a much-publicized catfight between two girls, Dennis was criticized for keeping mum all throughout the fuss. When he spoke about the matter, it was too late, as the girls kissed and made up and ganged up on the poor guy.