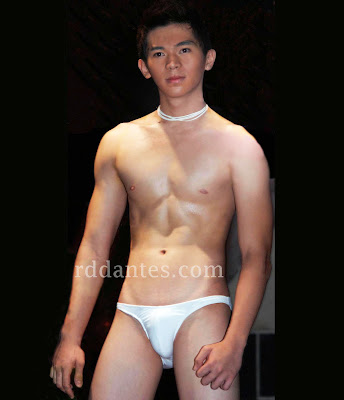 Oh, but there’s another of them from Angeles University Foundation [AUF] after Richard and Jefferson! His name is Aaron Yanga, 20-year-old Mr. AUF 2009 first runner-up. He’s a familiar face [and body] in Pampanga and he’s won some contests in the area. Moreover, he went to Bicol last summer to grab the top prize in the Baybayon Festival’s bikini contest. In Manila, he was last known as Yco Mijares who landed in runner-up position at the 2009 Heatwave: The Summer Bikini Showdown.