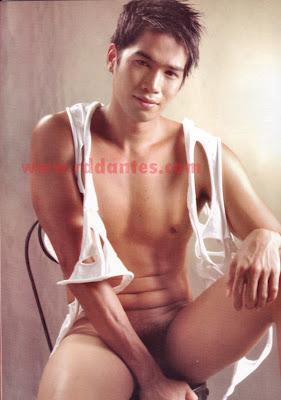 Twenty-five year-old Jeff Luna, the Sampaloc boy who freelances as a model, is in the movie Kurap directed by Sikil‘s Roni Bertubin.  Kurap, the daring movie debut of erstwhile teen idol Sherwin Ordonez [more on Sherwin in the coming posts] will be in competition at the Osian’s Cinefan Film Festival in New Delhi, India next week.  Jeff gets to bare enough skin in the indie film, which is yet to be shown in Manila theaters.