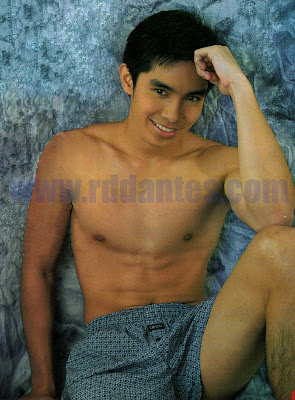 I’m loving John Carlo “JC” Tiuseco for his quiet charm. Plus he has that man-boy appeal in a killer body. In case you were living under a rock last year, JC happens to be the winner of Survivor – Philippines, a popular reality tv show where contestants are usually shipped off to the wilderness. JC was noticed in that show. As grand winner, he has received offers for tv projects. He declared though, in previous interviews, that he won’t go sexy for now and instead he wants to do drama.