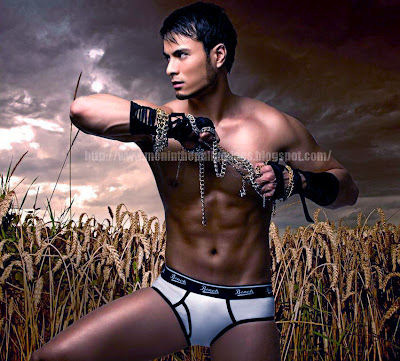 Rounding up the cast of Bench Body’s new ads ala 300 is Rafael Rosell, the underwear company’s go-to hunk for its tight undergarments commercials. He seems to be at ease without clothes on as he is so proud displaying his bod in billboards and adverts. He had all the right to do so, natch! Incidentally, Rafael Rosell was also the featured guy on Men’s Health [Philippines] magazine a month ago, in the same 300 theme – dark, windy and melancholic. And lusty, of course.