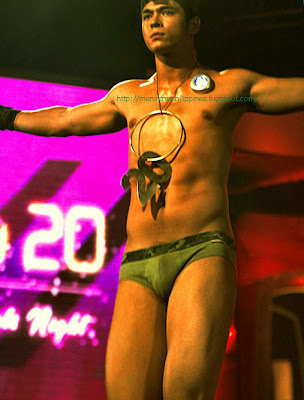 Jake Cuenca was a no-show at the Cosmopolitan Bash, although he was one of the magazine’s hot centerfolds this year. However, a week after the Cosmo event, Jake appeared on stage at the Denim and Underwear Fashion Show of Bench, coinciding with the Be Bench Grand Finals at the Araneta Coliseum. Of course, he was one of the bolder ones in low-rise Bench briefs, at one point clutching his crotch again [just like last year at the Bench Fever show] to the delight of an appreciative audience.

8 thoughts on “Jake Cuenca at the Be Bench Finals”