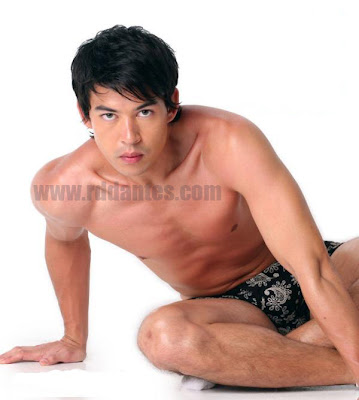 Enough of the sleaze first. How about Jon Mullally aka Jon Avila for today? After signing up last year with Star Magic, ABS-CBN’s network-based talent agency, Jon seemed to have made a successful transition from the runway to the telly.  As a chunky-hunky part of that all-boys sing-and-dance group called  Coverboys, Jon will soon fly to the U.S. for a concert tour [gasp!]. Too, he has his own  superhero series on his home studio, Kapitan Boom. Which only proves that talent and/or connections and/or perseverance make up for good showbiz success.