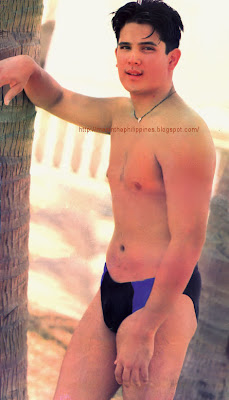 Where in the world is Donnie Fernandez? In 1997, he was launched in the Star Circle Batch 5 [with Boom Labrusca, Lui Villaruz, Paolo Zobel, and Anton Sta. Maria]. Before he went to Manila to try his luck in modeling, he was already a California resident for 10 years where he went to Pierce College and then to California State University in Northridge [CSUN]. In Manila he did print ads for Cali Shandy, Close-Up toothpaste and Magnolia Ice Cream. He appeared on tv and the movies [Soltera, being his last] for a while, but he disappeared subsequently.