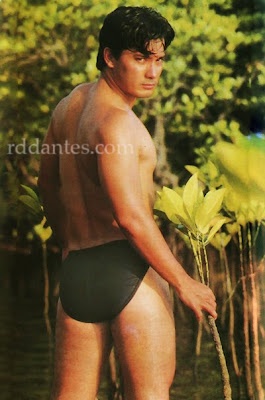 The reason I’m putting up this post is because I recently saw the movie Rosario and I’m raving, stark-raving mad about this Cinemabuhay and Studio 5 period piece about a liberated woman, no, make that a loose-moraled sally and skank [who realizes her mistake in the end, of course] and I’m going to see it again, if only for the mish-mash of actors coming in and out of scenes amidst an ethereal cinematography from the pale fields of Isabela to the grubby roads of Manila and you know that there is doom, an intervening disaster pretty soon at the end of the feature, hoping it wouldn’t have to be on the character of that guy Sid Lucero, always the dreamy – almost spectral – talented actor, and I think I’m really gushing about this movie directed by 47-year-old actor Alberto Martinez [in photo] I need to stop now.