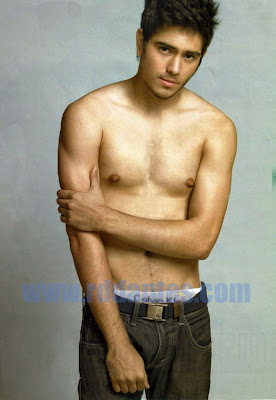 ABS-CBN’s heir apparent and resident cutie Gerald Anderson gets his first acting break as an adult in a new prime time series called Tayong Dalawa.  He’ll pit good looks and serious acting skills with another studio favorite, Jake Cuenca.  For the series, Gerald had to shave [his face] to do the clean-cut look of an Air Force officer.  The son of a Navy man in real life, Gerald says he draws inspiration for the role from his father.