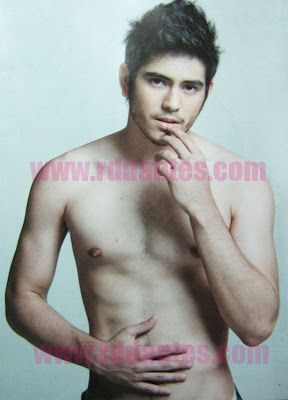 This might just have to be Twink Week!  For the next post, here’s 19-year-old Gerald Anderson, resident cutie and top teen draw at ABS-CBN.  I’m not so sure but I’m thinking he is being groomed to be the next big leading man in his studio, this early.  He has not been vacant with work, as a weekly tv show has already been scheduled for showing in the coming month,  with his perennial showbiz love team in tow.  And the shirtless photos released most recently rather signal his transition from the teenybopper image to a more serious [and sexy] figure. I’m not complaining.

56 thoughts on “Gerald Anderson is waiting in the wings”