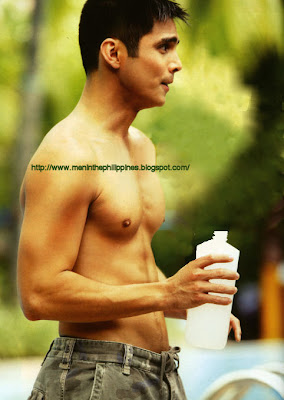 Actor Marvin Agustin‘s secret to his buff bod is South Beach Diet, regular exercise and boxing regimen. In the latest issue of Men’s Health Philippines, he revealed that the reason he worked out from chub to fab was because he felt he “never had the physical traits of an artista.” So he hit the gym to make his shoulders broader as he had a big head and a small frame. Unlike his mate Dominic Ochoa, who has gone old and porcine, Marvin Agustin [previously given up by his old tv studio as a has-been] is experiencing a second energy burst in his career, thanks to a great bod and positive determination.

One thought on “I Heart Marvin!”