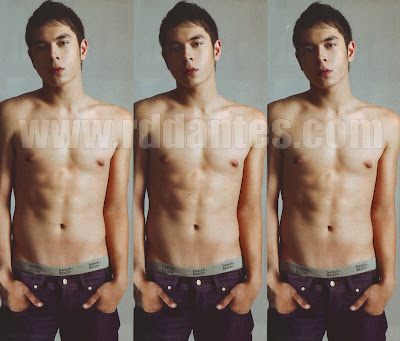 Bench Body’s favorite boy in briefs  Jake Cuenca figured recently in a drive-by shooting wherein his car was shot at while parked near his house on a busy street in Mandaluyong City. Good thing no one was hurt. Since he’s showbiz, the motive for the shooting has been fodder for gossip-mongers. Nonetheless, the young actor is keeping himself busy and shrugs off the rumors since he has no known enemies.  Jake Cuenca is perhaps one of the busiest actors on the ABS-CBN backlot.  Most probably because of his good looks, sexy demeanor, perseverance and sheer talent. Don’t you think so?

17 thoughts on “Jake Cuenca in the news”