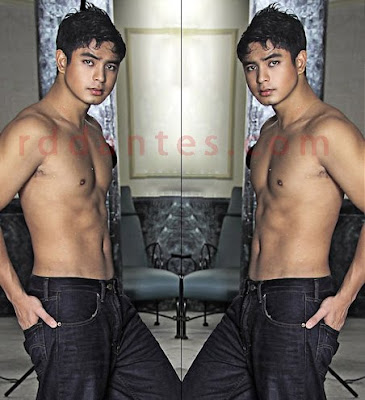 I would like to believe that Coco Martin made it in ABS-CBN because of sheer talent. Well, the fact that he is cute also put in the plus factor. From his small and humble beginnings as an indie movie actor, usually with gay themes, Coco has jumped into the small screen as one of the leading men. It is not actually a sellout to commercial and cutesy fare as Coco still portrays his roles with the same versatile and natural ability, full of nuance, as he did in his indie flicks of yore. Now, he’s gotten popular mainstream, to countless viewers of the station’s shows, thanks to his exposure on the prime time hit Tayong Dalawa.