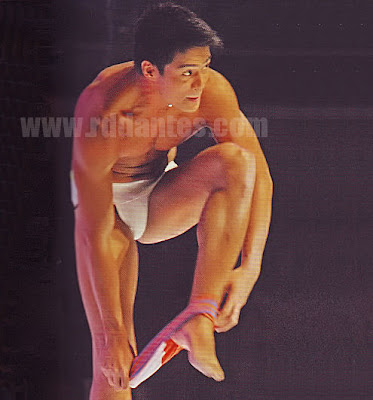 I just notice every time there is a racy underwear show, ex-baller and now-actor Marco Alcaraz never fails to sling and toss his skivvies to the screaming audience.  A couple of Cosmo Bachelor shows ago, he cut his briefs inside his jeans and threw the used underwear at the girls.  And I’m not so sure if the screams were made in utter terror or sheer delight.  Recently, at the Bench show, he did just that –  except that he was in layered Bench Body briefs.  It looks like he’ll be doing that move every time then.

10 thoughts on “Marco hurls his briefs”