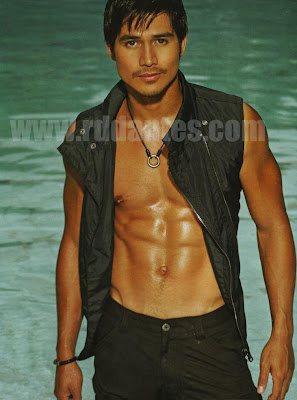 I think Piolo Pascual‘s movie, Love Me Again  [Land Down Under] is going up against Marco Morales‘s Butas. This is not entirely a news flash but I think there’s no competition there. One’s coming from a well-oiled machinery – and I’m referring to his studio, silly. The other one’s an independently-produced flick with “lots of male frontal nudity.” And while the household help may not be flocking to the movies to see Marco Morales take a shower au naturel or copulate with a curly-haired woman with monstrous mammary glands, the shiny happy people are eagerly anticipating this Butas caper on January 12 at the UP Film Institute and on January 15 at the Robinsons Malls’ cinemas.

11 thoughts on “Piolo against Marco”