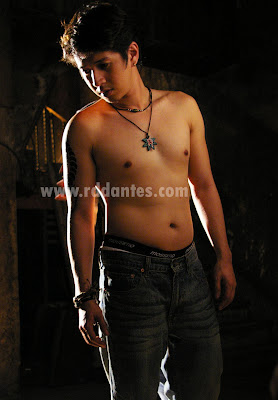 Late post. I just finished my 10-mile run at the One La Salle Run with lots of eye candy. Never have I seen so many cute guys in one run. Ok, I’m digressing from my post today. Erstwhile teen idol Sherwin Ordonez is coming out in his first movie [!] and first mature role on screen in the independent movie, Kurap. From the Sikil tandem of director Roni Bertubin and screenwriter Romualdo Avellanosa, Kurap is the story of small-time crooks in innercity Manila and how their lives tragically spiral in a day. The movie will have its world premiere in the Asian and Arab competition section of the 10th Osian’s Film Festival in from July 12 to 20. And by the way, shirtless picture first of Sherwin, who did daring scenes in the movie. More revealing photos of cute Sherwin once the movie gets scheduled for showing in Manila.

12 thoughts on “Sherwin Ordonez for Kurap”