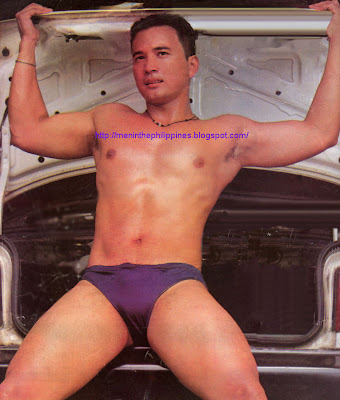 Visible on tv and in the movies as the token crony of the villain is Simon Ibarra, a 35-year-old actor who started out during the sexy-movies era in the 90s. Simon Ibarra was discovered when he came home from Canada with a Mr. Bodyshots-Canada 1995 title. He was 17 years old when he and his family migrated to Ontario, where he finished his Literature degree from the Mohawk College of Applied Arts and Technology in Hamilton. Simon Ibarra finished quite a number of movies in his ten-year career, most of which were made during the heydays of R-18 skin flicks. He is currently in the cast of Pedro Penduko on ABS-CBN. Too, he just wrapped up filming for the movie Tambolista , one of the five finalists in the 2007 Cinema One Originals.

One thought on “Smokin’: Simon Ibarra”