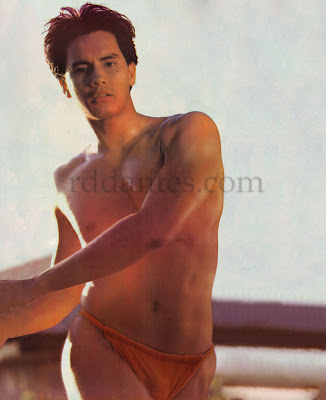 Despite his recent career failings and shortcomings, 44-year-old actor Richard Gomez was the quintessential leading man of his time. Tall, very dark and handsome, a then 20-year-old upstart crew worker from MacDonalds appeared in the movies as an awkward lead with lots of appeal and charm. He steered local clothing brand Bench to new heights when he appeared in its ads endorsing shirts, jeans and briefs. Back then, he was one of the very few actors brave enough to wear small speedos and jockeys for promo pictures.