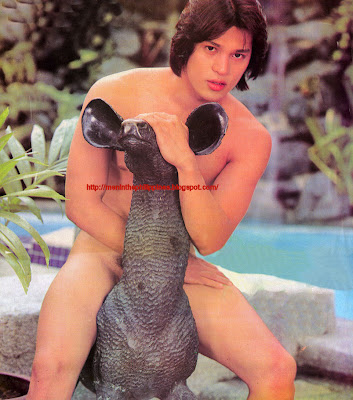 Toffee Calma started out as one of Manila’s in-demand male models in the early 90s. When the modeling assignments got sparse, he went into acting – without his clothes on. He churned a considerable number of sexy movies, and he became fodder for the gay mags in his time due to the publicity photos. Eventually, he stopped doing movies when the era of soft-porn flicks ended. He is now into the networking business and reportedly, a researcher for a magazine show in one of the networks. Lately, he was in the news because of a libelous maid [“Nag-uuwi po ng lalaki ang amo ko“] on radio who wanted to collect her overdue salaries from Toffee. Toffee Calma was last seen at the recent Kadayawan Festival in Davao City this month.