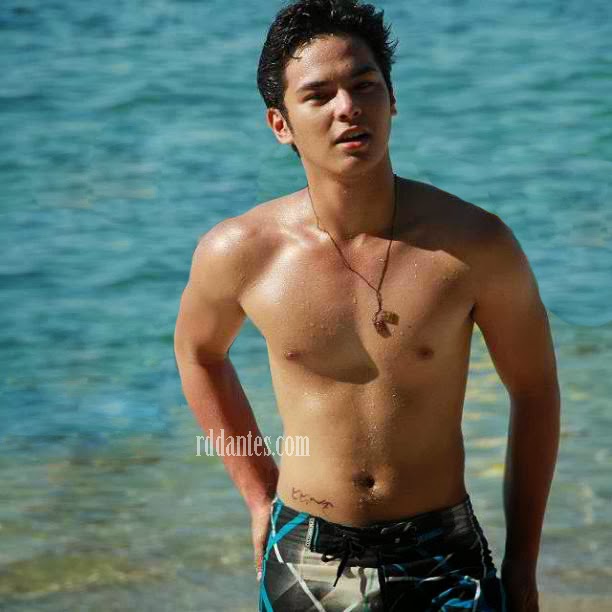 They’re starting young! Nineteen-year-old Kristofer Martin is in the news lately. His shirtless pics, taken as part of the promo for his up-and-coming early evening soap Paraiso Ko’y Ikaw  a la Blue Lagoon, were not released by GMA management for, uh, propriety reasons.  Apparently, he’s being groomed as the next matinee idol of the station. In the meantime, here’s one shirtless pic that sifted through the GMA filter.

Or maybe this one.

54 thoughts on “Young and Daring”