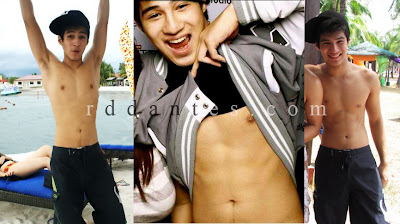 On the occasion of his being a father, here’s young actor Albie Casino shirtless with a full promise of showbiz importance ahead of him. The 18-year-old cutie, hero or heel or whatever you might want to call him these days, is slowly climbing his way up his network’s pop acceptance with various projects. And don’t get me started about that issue on boys with big noses.