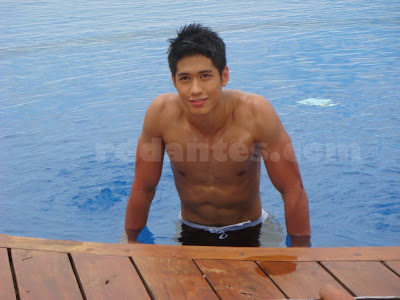 That would have to be the title of the new movie of emerging heartthrob Aljur Abrenica for Regal Films. Photo above is one of the first and exclusive images of the actor shooting the romantic film in scenic Bohol. According to showbiz pundits, the big film outfit is taking a flyer on this one with cute Aljur as he has never gone solo as the leading man in a movie before. Yet, the venture’s confidently placed on Aljur and his romantic interest because of the phenomenal ratings of their afternoon soap before [Dapat Ka Bang Mahalin] and their prime time series now [All My Life] in GMA-7. It seems like Aljur’s star is rising.

23 thoughts on “I’ll Be Waiting For You”