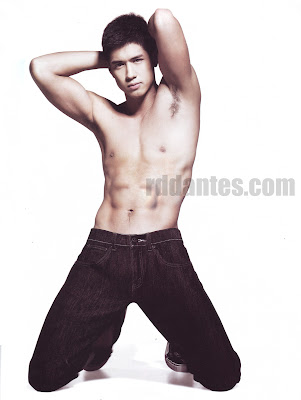 So this is the picture of Aljur in busy EDSA. It’s a huge billboard of local clothing brand Bench, which is pushing for its jeans line. A bit distracting considering that Aljur is shirtless, showing off his assets [and pits] in broad daylight. On another note, his first major movie flopped at the tills but GMA-7 is not about to give up just yet. He may be the new leading man of his home studio and his launching film bombed at the box office probably because of the natural disasters that hit Manila on opening day. Or maybe his leading lady looks like the President of the Philippines. I say ditch the bitch and find a suitable partner for this promising young actor!