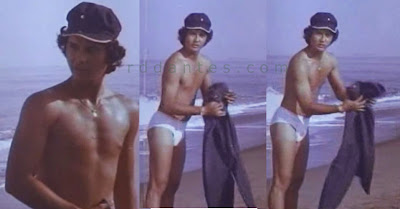 So, it turns out that one of the most anticipated scenes in the film remake of the camp 80s classic Temptation Island turned out be a dud after all, that is, Aljur Abrenica reenacting the role of cute actor Alfie Anido (†) on the beach, in his tighty whities, and instead we get to see Aljur in, uh, loose boxers – horror of horrors, so unsexy and unfaithful, of course to the original movie scene such that the verdict is this – re-shoot the scene and make Aljur wear tighty whities! So there.

167 thoughts on “Return to Temptation”