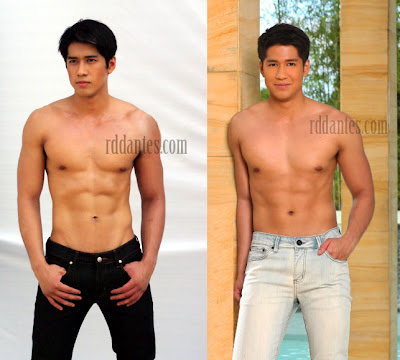 Hell yeah, it could probably be Aljur. The one on the right. Or maybe not. The other endorser for Blue Water Spa, launched a few days ago, is Aljur. But I think he sent his brother or some stand in for the shoot. Because the Aljur I know is the one on the left image – lean and fit and handsome. What do you think?