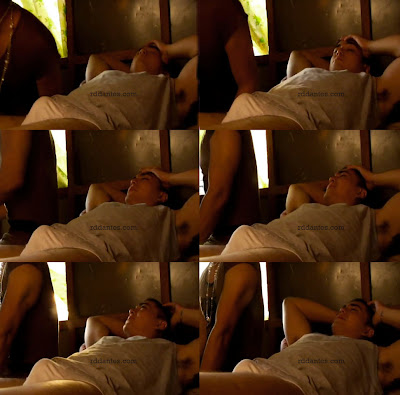 Reader D.B. sends an email with this attachment and asks about the whereabouts of former teen actor Andrew Schimmer and if ever he endorsed an underwear brand. Hmm, those are tough questions D.B. and I’m tempted to answer back with the not-his-keeper line, except that you were very kind to share these screen caps of Mr. Schimmer with the morning wood. After a series of limited-release indie flicks where he bared his butt and balls, he seemed to have disappeared from the limelight. I also think he didn’t become an underwear endorser. Imagine the scandalous bulge on those briefs!