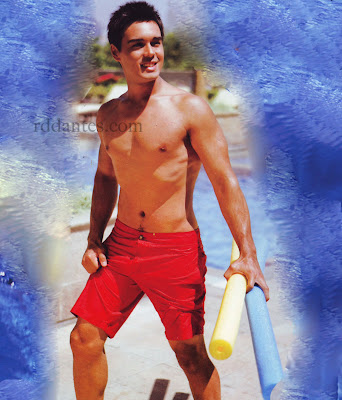 He has a better body now. Back in 2007, he was a floppy and flabby 21-year-old from Australia who was trying his luck at the Mossimo Bikini Summit. Despite the pear-shaped bod, he edged out the heavy favorites at that time [Lopez, Aljarreau, and Racho] to grab the top prize. The modeling contracts came along and now, in his tv appearance as a host, he got leaner and better!