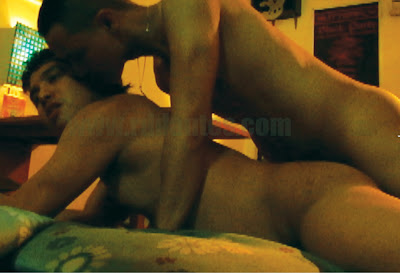 Ironically, this visual treat is a compilation of four short films which will be shown tomorrow  [4 February 2009 at 7 p.m.] before the screening of Sagwan. Entitled Ang Pinakamahabang One Night Stand, the movie is about lovers Paul and Sam, their propensity for group sex, and, of course, the main theme of grand gay love figures in there somehow.  The movie, directed by Crisaldo Pablo and Eduardo Roy, Jr., was selected as the only Asian short film to compete at the Festival del Mar – Ibiza International Gay and Lesbian Film Festival in Spain,  Reeling 2006: 25th Chicago Lesbian and Gay International Film Festival, and the Las Palmas de Gran Canaria International Film Festival in Spain.

16 thoughts on “The Longest One Night Stand”