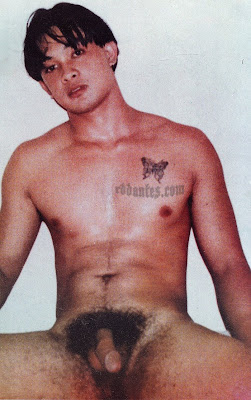 And so it’s Anton Bernardo‘s turn for this Sunday feature. Anton was one of the major queer fantasies in the 90s, as he appeared in sex-themed movies, magazines and even tv shows, which were considered daring and uh, cocky during his time. This was the 90s and the digital camera was just starting to be developed commercially. Despite the crude photo, Mr. Bernardo, lust idol in his time, still turned out in a remarkable image, if you ask me.