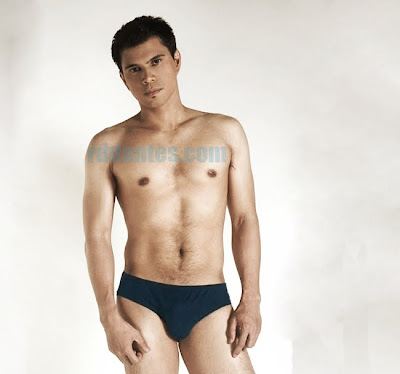 The movie of Paolo Rivero [in photo], Janvier Daily and Andrew Miguel entitled Bayaw has finally been approved by the Movie and Television Review and Classification Board [MTRCB] for commercial showing starting tomorrow. Here’s the official word from the producer, Climax Films: “Cinemalaya NETPAC World Competition top grosser Bayaw has just been given the R-18 rating by the MTRCB. After weeks of meeting with the MTRCB panelists, the controversial film has been re-edited by director Monti Parungao so that the integral scenes that people want to see can still be seen. Audiences are advised to keep a watchful eye. Bayaw will open on 23 September 2009 in the following theaters – Robinsons Galleria, Ruben, Remar, Gotesco Grand, Gotesco Ortigas, Isetann and New Cinema Cebu. Also watch out for screenings in Robinsons Ermita, Robinsons Bacolod, Robinsons Iloilo, Robinsons Novaliches and Robinsons Metro East.” So there!