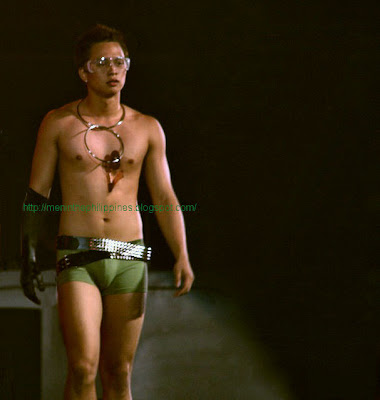 Per Martin Grogaard was the second guy to be eliminated from the Be Bench: Be Famous or Be Anonymous Model Search. The 21-year old Cebuano baller was cast off during the episode on Poise, Posture and Composure as he got the lowest score from the judges. However, at the Be Bench Finals Night, he was there in the Underwear Fashion Show with fellow eliminees. The 6′-tall mestizo easily got hold of the frenzied crowd that night with his height and looks. And it seems Per Martin Grogaard is on his way to becoming famous after all.

2 thoughts on “Per Martin Grogaard at the Be Bench Finals”