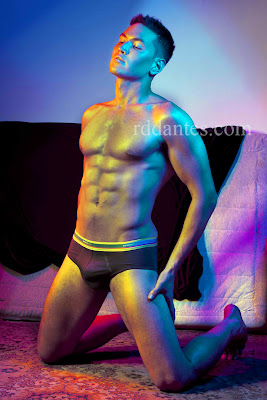 It’s the Philippine Azkals’s turn to shine in colorful nylon lycra briefs! Team captain Alexander Charles “Aly” Borromeo takes over as he poses sexily in tight underwear for Bench Body. The 28-year-old Filipino-American stud had a billboard along EDSA, too, which board was recently taken own for being “offensive.”