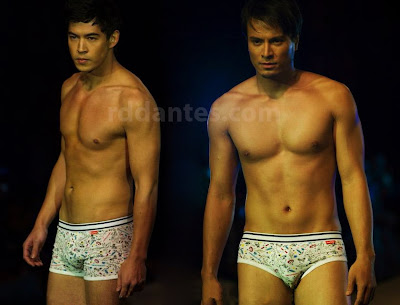 So what happens now? Another suitcase [full of Bench Body briefs], another hall? Loyal Bench Body models Jon Mullally [left] and Rafael Rosell were noticeably left out of the summer launch of the underwear brand’s new line. In fact, Bench went all out for the solo spotlight on Jake Cuenca. Although Jon and Rafael were included in the summer campaign, Lost in Summer, along with a bunch of models and actors, the two guys – who could easily drop their pants at the drop of a penny, er, peso, were obviously excluded from the summer show. What gives?