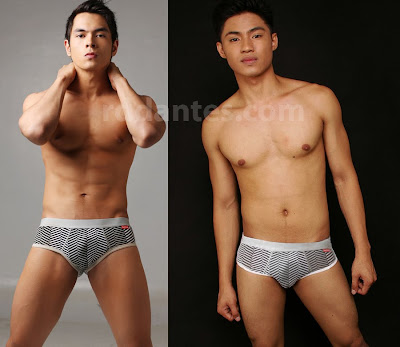 Quick! While we’re on the topics of: [1] Jake Cuenca, launched as Bench Body’s face and flesh of its summer campaign featuring printed briefs, and [2] the showing of the new indie flick Santuaryo on 17 March 2010 featuring Will Sandejas in his full frontal eminence, here’s the question – Name some thing[s] in common between Jake and Will. I’m not talking about the briefs.