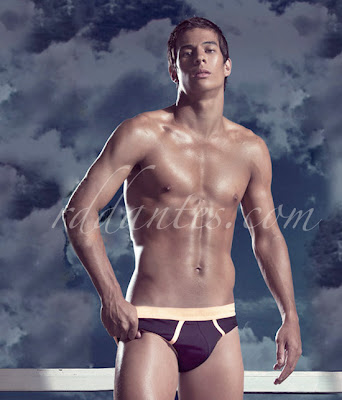 Here’s another one for Bench Body underwear: Jake Letts of the PRFU a.k.a. The Philippine Volcanoes! This 23-year-old Filipino-Australian cutie is listed as the “current PRFU International & PRFU U19 Captain of the Undefeated 2006 ARFU Div 2 U19 squad in Taiwan, Warringah RUFC – Scrum Half.” He has a brother – Michael on the team. According to reports, “the Lettses are one of four sets of brothers on the team. Their mother was born and raised in Bicol; Michael and Jake were born and raised in Sydney, where they still live. and where they play semi-professionally for the Warringah rugby club. Off the pitch Michael is a mortgage broker and Jake is taking his masters in sports management.”