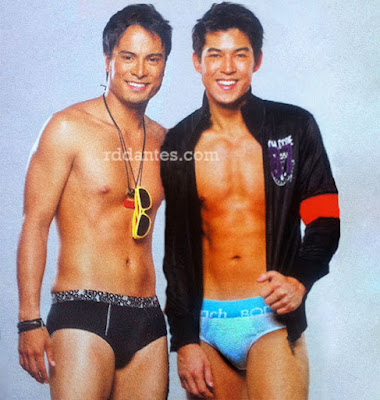 Bench Body models Rafael Rosell and Jon Mullally a.k.a. Jon Avila have stayed on with the underwear company through the years. Despite the onslaught of new models and upstarts who can outstrip both hunks at the flick of the owner’s fingers and the drop of a precious peso, Jon and Rafael have managed to keep their cotton-lycra briefs on. Until when will they be underwear models?

48 thoughts on “Through The Years”