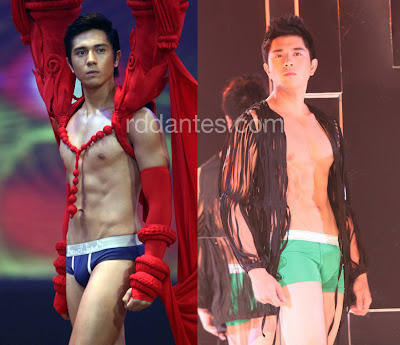 Looking back, Paulo Avelino really had it from the very beginning to be a Bench Body main hottie. Cute as a button, sexy as hell. He was next in line to the Jake Cuenca throne in the local underwear company’s empire. Right photo was taken ages ago, at a Bench show where Paulo’s just a mere bit player. Of course, the red costume was at the recent Bench Universe pageant. Which image do you like best?