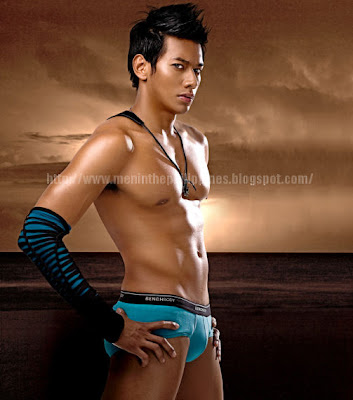 It’s Bruce Quebral, the baller-model-actor who shot to relative fame via Big Brother! Now, he’s in the Bench Body ads ala 300, all moody and hardy. Not much has happened to his movie [he was pulled out of the Regal Films’ flick Desperadas at the last minute] and tv career, contrary to what was expected when he was still inside the Big Brother house. He has appeared in a couple of tv assignments in his home studio, though. The family breadwinner from Cainta, Rizal has no regular show yet on ABS-CBN but he does mall shows and hosts events for Kawasaki motorcycles, at the moment.