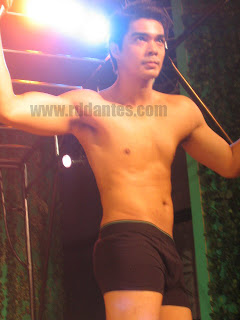 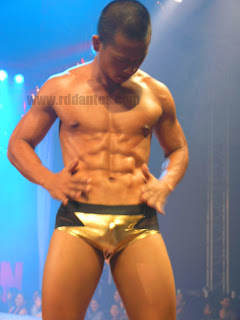 In the end, it was the decision of the main man that mattered, instead of that of the baseborn hangers-on at Bench.  You remember my previous post about Xeno [right photo], on how Ben Chan wanted to cast him for Blackout after seeing him in that play with the kilometric title at Virgin Labfest? Well, latest insider reports confirm that Xeno is in for the show at the Araneta. On the other hand – now this one is juicier – Xeno’s equally-hot co-actor in the play,  24-year-old model-singer-actor Jojo Riguerra [left photo] was reportedly rejected outright.  The reason did not have anything to do with Jojo’s physique and looks, but with his affiliation. Yes, he belongs to that modeling agency that is banned by Bench.  And as for the reason for the BAN, maybe someone out there can volunteer the info now….

23 thoughts on “Xeno gets in + some Bench banning”