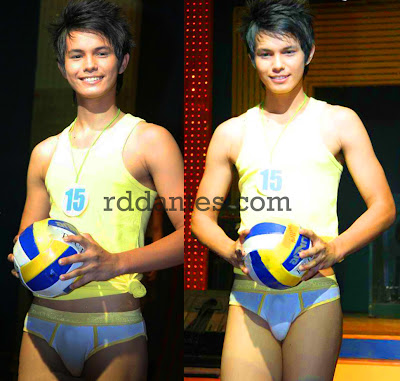 One of the frontrunners in TV5’s reality show Artista Academy is 20-year-old cutie Brent Manzano. He used to be known a couple of years ago as Bryan Manzano [see photos], who competed as a teen with a not-so-teenie-weenie wiener in the bikini contests around the metro. Well, he’s just about done with the tighty-whities-in-public look now as he prepares for his showbiz dream via Artista Academy. Will he make it?