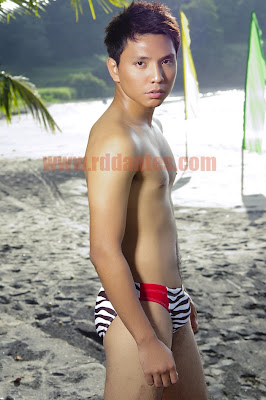 Here’s another Racho, who hopes to make his mark in bikini-dom come. Nineteen-year-old Cargean Racho is one of the contestants in this year’s Mr. & Ms. Expo World Philippines. Prior to the contest, Cargean Racho was proclaimed as Mr. Polytechnic University of the Philippines [PUP] 2008, a personality contest among the PUP campuses. He represented PUP-Sta. Rosa in Laguna, where he is taking up BS Entrepreneurial Management. Catch Cargean and the other guys at the Mr. & Ms. Expo World Philippines contest on October 6 at the Metro Bar along West Ave., Q.C.