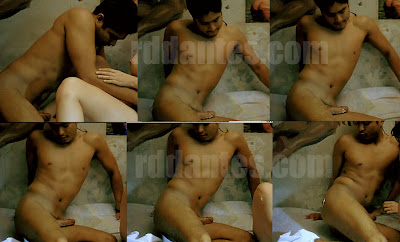 I had to see for myself.  I downloaded Serbis [with French subtitles] on Azureus through the Mininova BitTorrent search engine as recommended by readers.  It took some time, but it was worth the waiting.  On the 26th minute, the sex scene between dear Coco and that pesky woman happens. I made the screenshots myself. Now, penis prosthetics or not, the video captures above stir such wild imaginings of our King of Indie Flicks!