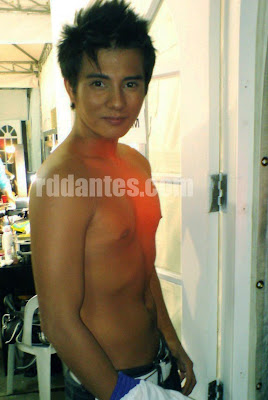 Cosmo centerfold guy Ejay Falcon is getting a lot of good breaks lately. After his Cosmo magazine stint, the Filipino-French kid who won the teen edition of the Philippine version of Big Brother is trying to prove to everyone else that he can really whoop it up in the acting department via Katorse, an early evening drama series on ABS-CBN. Ejay Falcon is also out to beat off rumors that sheer talent got him the prime projects in his home studio and not that he’s the current flavor-of-the-year of a tv exec.