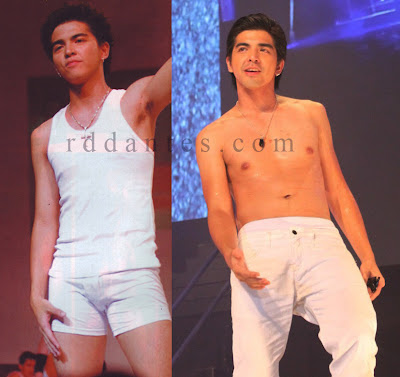 Six years ago [left photo], a then-fledgling actor by the name of Mark Herras appeared on stage in his underwear for an, uh, underwear show akin to the fabled Bench Body skin- and fleshfest. Barely legal, Mark wowed the audience and showed great promise. Flash forward to 2011 after a few intervening disasters and wrong turns had happened in his career, Mark [right photo] comes back on stage – shirtless at the Cosmo bash. Still hawt or not?