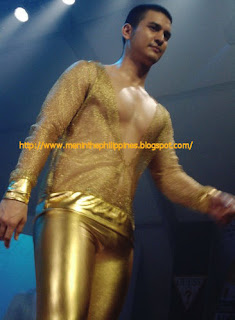 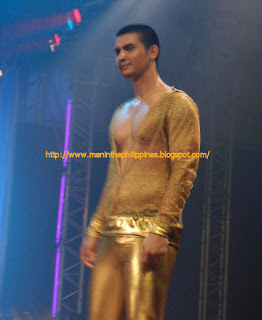 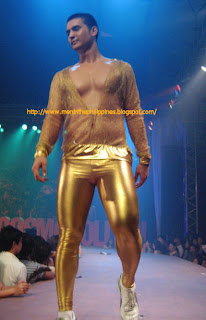 Cosmo had every kind of guy for the girls and girls in the audience during their Air Cosmopolitan Flight 69 show. There were emaciated male models, hot Brazilians, wannabe D-list models, over-eager actors, aging DJs, gay guys, twinkies and the big guys. The event, which attracted a thousand characters during the go-see, was touted as the best Cosmo show so far. During the runway show, there was a big guy in gold lamé who easily stood out from the fit, muscled and lean models strutting in the catwalk. Surely he must’ve gotten some admirers then, with his height, good looks and chunky features. I don’t even know his name but he absolutely looks delish to me. Anybody knows the hottie?