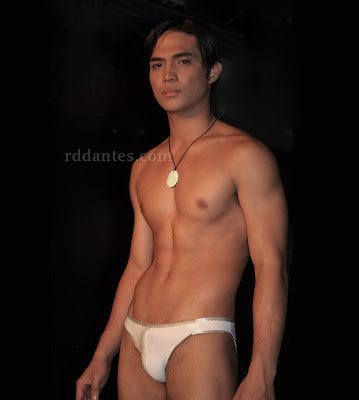 Up around the corner of Bulge Boulevard and Swollen Street is Clark Campbell, one of the usual faces in the top ten list of guys in tiny-and-tight underwear competitions in the metro. He’s had an interesting run, too, with name mutations from his see-through days at the now-defunct Lips Bar as Cris Quizon to Hataw 2009‘s Clark Kiseo to his present-day alias. Despite the name changes and the through-the-years transformation, one thing’s for sure though – that dang dingdong remains utterly the same.