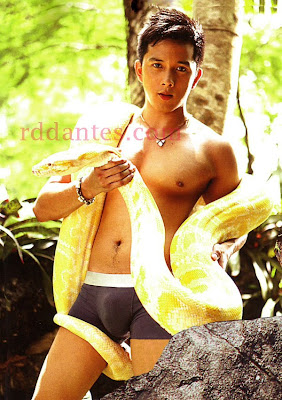 Twenty-three year-old Denmark Sevilla hopes to get some attention, too! This 5’8″-tall cutie from Sta. Maria, Bulacan was one of the runners-up in ABS-CBN’s Star Circle Quest five years ago [batch ofJason Abalos]. He has appeared in several shows in ABS-CBN and faded into relative obscurity for some time. This year, he has set his sights on a comeback with more projects on tv and in the movies.